USE CODE: SAFESUMMER TO SAVE 15%

Bleeding out is a downhill slope...

These following comes from a study done by the US Army Institute of Surgical Research (USAISR*):

Not to fret: stopping the bleed after this much blood loss results in a 94% survival rate.

We want you to be able to stop a bleed before you lose more than that 15% to increase your chances of survival. This is why we designed our kits to be fast and effective.

Having the proper med kit, whether it's on your person or strategically staged in a vehicle, workplace, or home, allows you to be able to respond to a severe bleed immediately. Equally important is to GET THE TRAINING!

Having a med kit is a huge step in the right direction, but you need to be able to respond effectively and to do that, you need to practice. Remember, time is of the essence and you are your own first responder.

You could be dead before an ambulances reaches you.

In keeping with the need to keep our kits fast and effective, we recently updated and upgraded some of our DARK med kits.

We've added a rip-away panel option and custom TQ pouches (for CATs and SOFTT-Ws) to the options you can choose when you make your purchase. 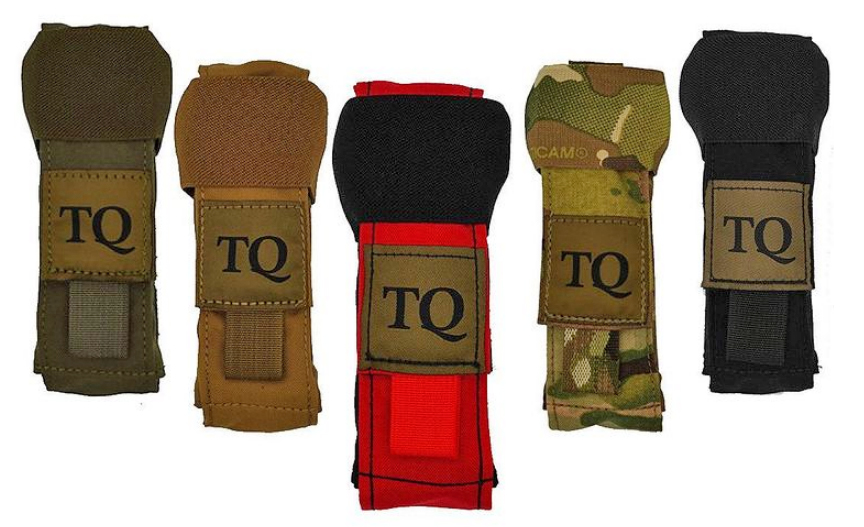 These are our new tourniquet (TQ) holders. They're designed to hold either the CAT Gen 7 or the SOF-T Gen 5. It utilizes just channel of MOLLE/PALS webbing to attach to our DARK pouches or DARK Slims. Or for that matter anything that carries PALS-compatible channels. Each is marked with a TQ so it's readily identifiable in an emergency, under stress.

See, here's the thing. All the battle belt gear and available reloads in the AO won't help you stop the bleed. You can have a 5.56 magazine on every finger, a 12,000 lumen EDC light in your hand, and the knife Rip Riley gave you for birthday in your pocket, but none of that will do much to deter a little thing we like to call exsanguination.

And that's why you need a medical kit of some sort. And some basic medical training. 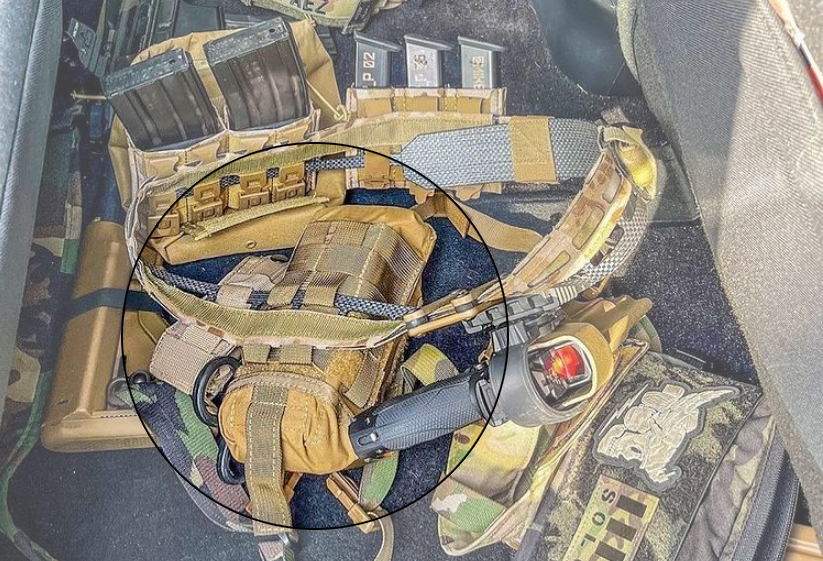 Above: here is a good look at how the DARK attaches to a belt. You can attach it to any MOLLE panel or PALS compatible webbing we've seen to date.If you're not running, wearing, or using gear with this sort of attachment, no worries. There are many different kinds of trauma kit available.

We are always looking to make our products as top notch as possible. We are constantly innovating to put out the best and most effective trauma kits on the market. If you have questions about the kind of kit that might work best for you and your mission/lifestyle/job/needs, hit us up. This is what we do.

Get a kit. Get trained. Be the difference.

US Army Institute of Surgical Research

USAISR's mission is to provide combat casualty care medical solutions and products for wounded warriors, from self-aid through definitive care across the full spectrum of military operations; provide state-of-the-art trauma, burn, and critical care to Department of Defense beneficiaries and civilians; and provide Burn Flight Teams. You can find many of their studies and formal study results online at (https://) usaisr.amedd.army.mil/publications2015 (.html). They research a wide variety of medical-related matters, from Battlefield Pain Management to Extremity Trauma and Regenerative Medicine. For example, check out what they're doing with Tactical Combat Casualty Care: (https://) usaisr.amedd.army.mil/01_tc3 (.html)

A Leading Cause of Death

The risk of life-threatening hemorrhage from traumatic injury is estimated to be the leading cause of death of Americans between 1 and 46 years of age.

Bleeding out from traumatic injury is the mostly cause of death if you were born after about 1974.

Kinda makes sense to takes some steps, doesn't it?

...Outside military conflict, severe bleeding accounts for greater than 35% of pre-hospital deaths and nearly 40% of deaths within the first 24 hours of injury.

The importance of early hemorrhage control, along with rapid identification of immediately correctible causes of death, has proven to save lives, and has evolved into a cornerstone of Tactical Combat Casualty Care (TCCC). This knowledge has already been adapted by the civilian groups such as the Committee for Tactical Emergency Casualty Care (C-TECC), and is becoming standard practice for civilian law enforcement, as well as tactical and emergency medical services teams worldwide.

Recent mass casualty events and battlefield experience led to the Hartford Consensus in 2013, which calls for all responders – including bystanders – to have the education and necessary equipment to stop severe bleeding immediately in the field.

Widespread use of AEDs has saved lives and has demonstrated effective use by the layperson. A simple and inexpensive hemorrhage control kit such as Bleeding Control basic (B-con) kits offer similar advantages to AEDs from an ease of use standpoint, and may even prove easier to use given the simplicity of tourniquet application. Additionally, the lives saved from traumatic hemorrhage, in general, are young, healthy individuals with many years to live compared with the typical patient requiring AED use.