USE CODE: MEDSANTA15 to save 15% (excludes training)

Why should ya keep a hemostatic agent like combat gauze in your med kit and why should it be in gauze form anyway?

Seriously, because it's going to to stop bleeding far more effectively than a nearby rag from the shop (or the second spare mag you carry instead of an  EDC first aid kit).

Combat gauze is one of the most widely known, widely used, and easily accessible hemostatic agents in existence. It is responsible for a lot of saved lives. Basically, we use a hemostatic gauze to pack into those areas that aren’t conducive to tourniquet use. Those are usually the “junctions” of our body. (See tourniquet use/combat gauze application diagram below).

These junctions hold many large vessels that, should they be opened, will contribute to a life-threatening bleed. 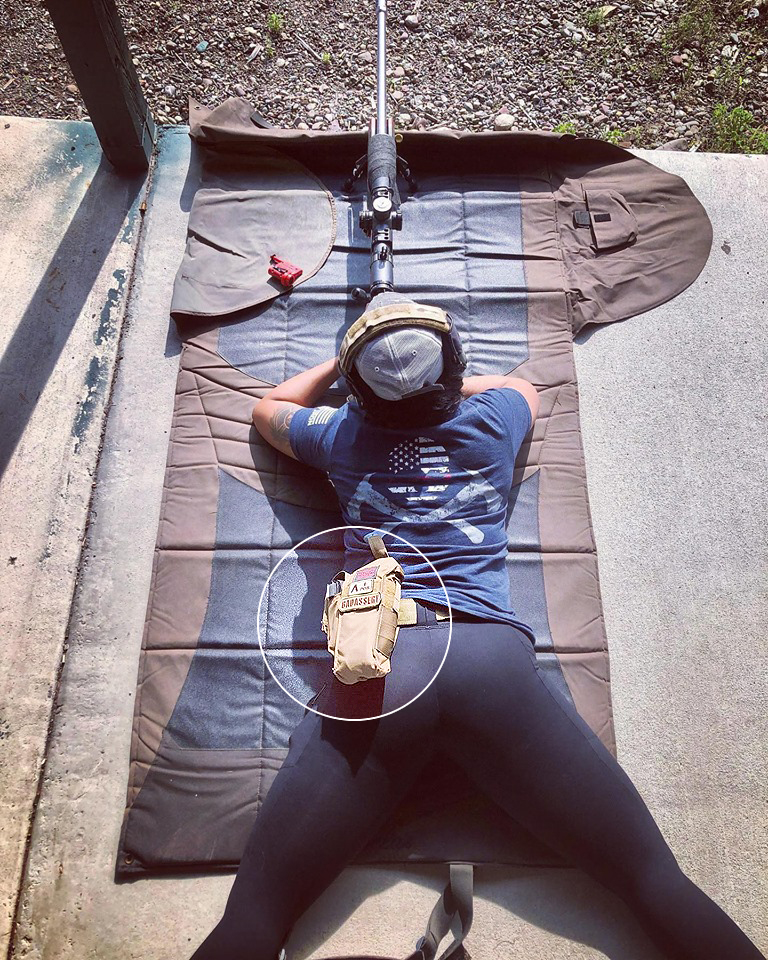 You carry a combat gauze in a trauma kit to the range - excellent. Do you make a routine of having basic trauma necessities with in everyday life? 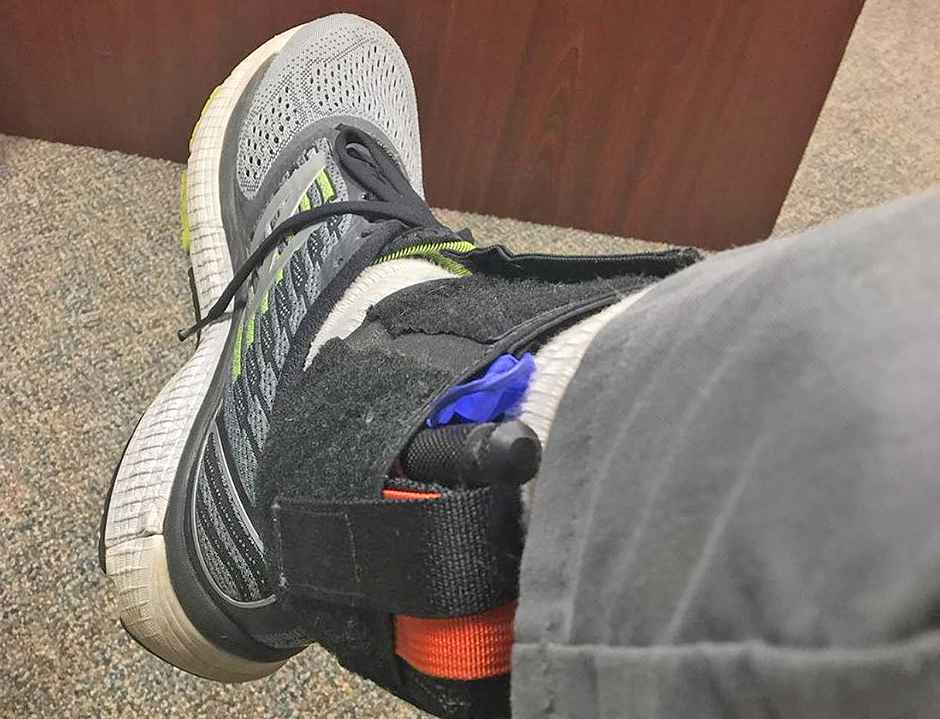 Carry something in your day pack, in the pocket opposite your wallet, or around your ankle. Hell, throw it into the back park of your tobacco pouch if you want, just be sure to carry something!

Hemostatic gauze works in a couple of ways.

This helps to form a clot and, thus, stop the bleed. Amazingly, this is usually accomplished in less than a couple of minutes: so you can see how much better it is than jamming a t-shirt, shop towel or dirty gym sock down into the bleed. 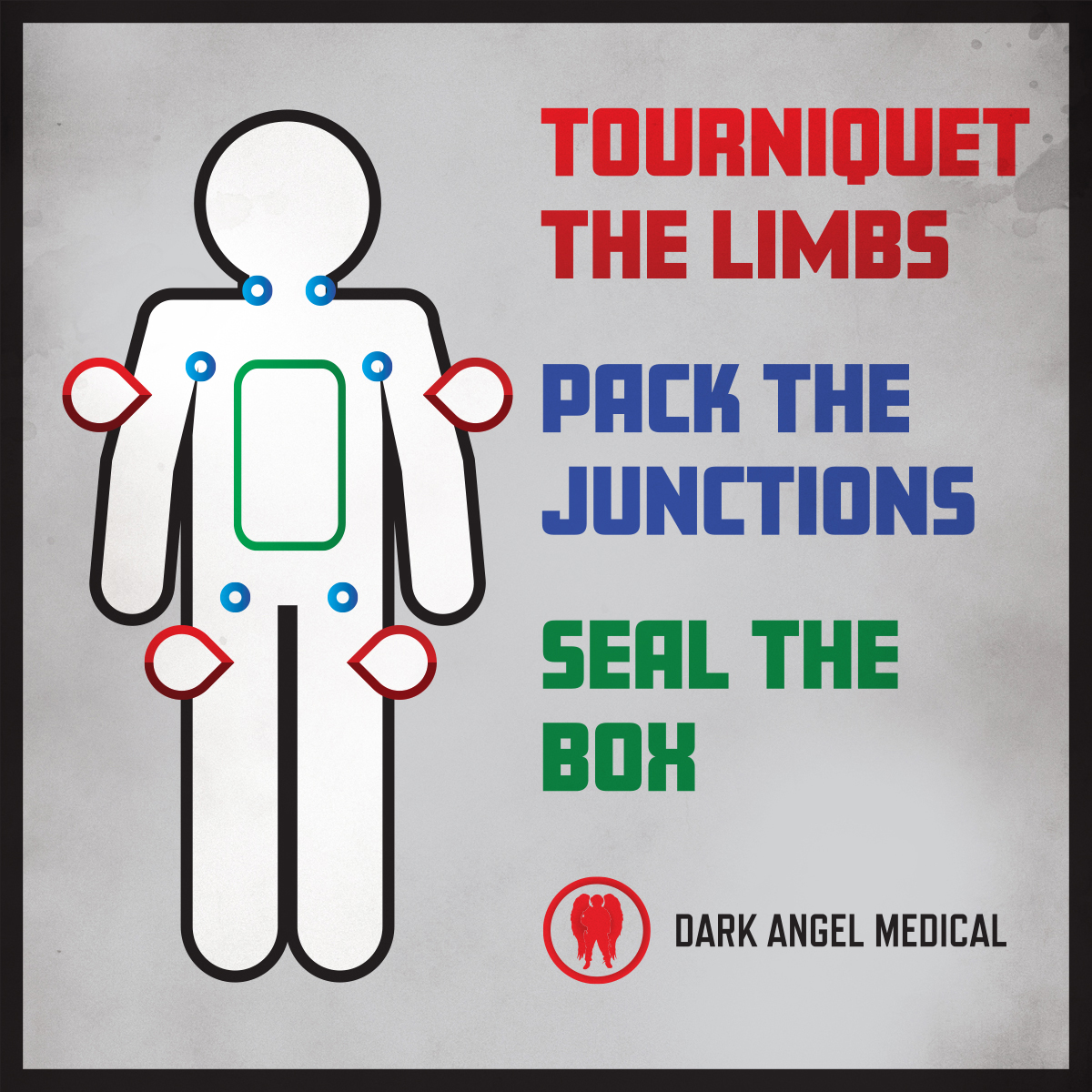 Using something "field expedient" like that would mean you'd have to put about 30+ minutes of heavy, direct pressure on the wound. That's fine if nothing else is available (the  best IFAK to use is whatever you have available and the basic first aid training + mindset to use it), but it's better to prepare for such a contingency in advance with the most optimal materials - like the QuikClot dressing found in the Pocket DARK EDC trauma kit. The stark contrast between bleed-stop times should be more than sufficient cause for the inclusion of combat gauze when planning to build an EDC kit.

Once the bleeding has stopped we'll be concerned with keeping that clot stable. Extra movement can cause a clot to break open, which results in a re-bleed. That's why we wrap that sucker up tight, reinforce it with a pressure bandage, and keep an eye on it! 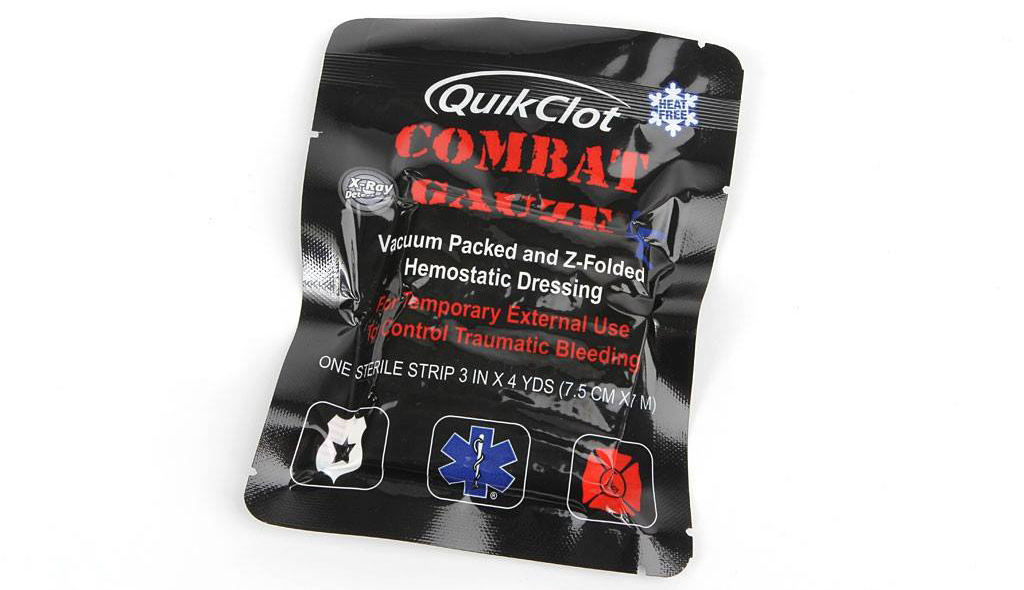